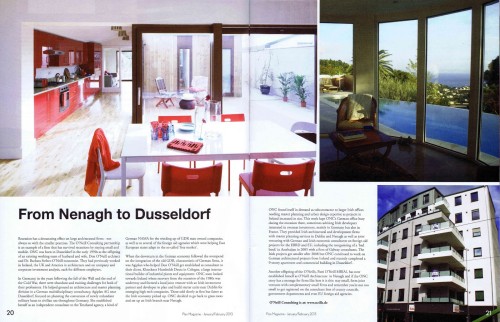 Article by Don O'Neill of O'Neill Consulting, with a special mention of O'Neill Architecture. This article featured in Plan Magazine - Jan / Feb 2013

Recession has a devastating effect on large architectural firms – not always so with the smaller practises. The O’Neill Consulting partnership is an example of a firm that has survived recessions by staying small and mobile. ONC was born in Dusseldorf in the early 1990s as the offspring of an existing working team of husband and wife, Don O’Neill architect and Dr. Barbara Stelzer-O’Neill economist. They had previously worked in Ireland, the UK and America in architecture and on company and corporate investment analysis, each for different employers.

In Germany; in the years following the fall of the Wall and the end of the Cold War, there were abundant and exciting challenges for both of their professions. He helped ground an architecture and master planning division in a German multidisciplinary consultancy, Agiplan AG near Dusseldorf, focused on planning the conversion of newly redundant military bases to civilian use throughout Germany. She established herself as an independent consultant to the Treuhand agency, a kind of German NAMA for the winding up of GDR state owned companies, as well as to several of the foreign aid agencies which were helping East European states adapt to the so-called free market’.

When the downturn in the German economy followed the overspend on the integration of the old GDR, characteristic of German firms, it was Agiplan who helped Don O’Neill get established as consultant to their client, Kloeckner Humboldt Deutz in Cologne, a large international builder of industrial plants and equipment. ONC soon looked towards Ireland where recovery from the recession of the 1980s was underway and formed a local joint venture with an Irish investment partner and developer to plan and build starter units near Dublin for emerging high tech companies. These sold slowly at first but faster as the Irish economy picked up. ONC decided to go back to grass roots and set up an Irish branch near Nenagh.

ONC found itself in demand as subcontractor to larger Irish offices needing master planning and urban design expertise as projects in Ireland increased in size. This work kept ONC’s German office busy during the recession there, sometimes advising Irish developers interested in overseas investment, mainly in Germany but also in France. They provided Irish architectural and development firms with master planning services in Dublin and Nenagh as well as joint venturing with German and Irish economic consultants on foreign aid projects for the EBRD and EU, including the reorganising of a ‘bad bank’ in Azerbaijan in 2005 with a firm of Galway consultants. The Irish projects got smaller after 2008 but ONC continued to work on German architectural projects from Ireland and recently completed a 9-storey apartment and commercial building in Dusseldorf.

Another offspring of the O’Neills, Patti O’Neill MRIAI, has now established herself as O’Neill Architecture in Nenagh and if the ONC story has a message for firms like hers it is this: stay small, form joint ventures with complementary small firms and remember you’re not too small to get registered on the consultant lists of county councils, government departments and even EU foreign aid agencies.

O’Neill Consulting is at: www.neills.de

International Selection, CI Magazine – It’s All In The Method Plan Magazine May/June 2013 – House On The Curve 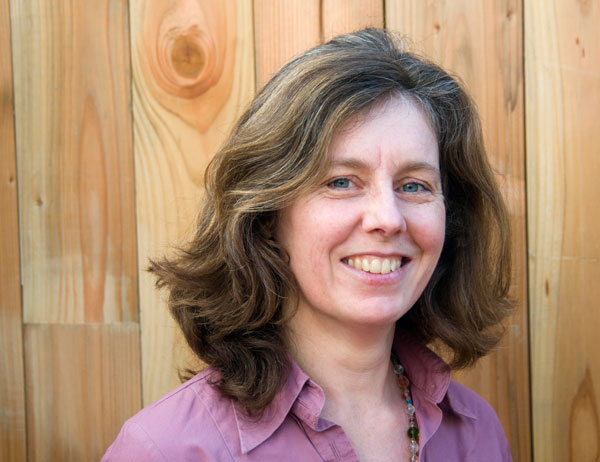