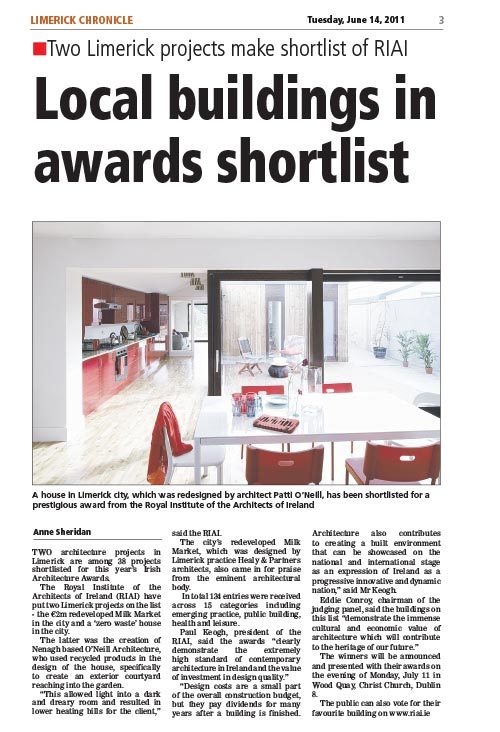 This article by ANNE SHERIDAN featured in Limerick Chronicle June 2011

A house in Limerick city, which was redesigned by architect Patti O’Neill, has been shortlisted for a prestigious award from the Royal Institute of the Architects of Ireland.

TWO architecture projects in Limerick are among 38 projects shortlisted for this year’s Irish Architecture Awards.

The Royal Institute of the Architects of Ireland (RIAI) have put two Limerick projects on the list – the €2m redeveloped Milk Market in the city and a ‘zero waste’ house in the city.

The latter was the creation of Nenagh based O’Neill Architecture, who used recycled products in the
design of the house, specifically to create an exterior courtyard reaching into the garden.

“This allowed light into a dark and dreary room and resulted in lower heating bills for the client,”

The city’s redeveloped Milk Market, which was designed by Limerick practice Healy & Partners architects, also came in for praise from the eminent architectural
body.

In total 134 entries were received across 15 categories including emerging practice, public building, health and leisure. Paul Keogh, president of the
RIAI, said the awards

“clearly demonstrate the extremely high standard of contemporary architecture in Ireland and the value of investment in design quality.”

“Design costs are a small part of the overall construction budget, but they pay dividends for many years after a building is finished. Architecture also contributes to creating a built environment that can be showcased on the national and international stage as an expression of Ireland as a progressive innovative and dynamic
nation,”

Eddie Conroy, chairman of the judging panel, said the buildings on this list

“demonstrate the immense cultural and economic value of architecture which will contribute to the heritage of our future.”

The winners will be announced and presented with their awards on the evening of Monday, July 11 in Wood Quay, Christ Church, Dublin 8.
The public can also vote for their favourite building on www.riai.ie 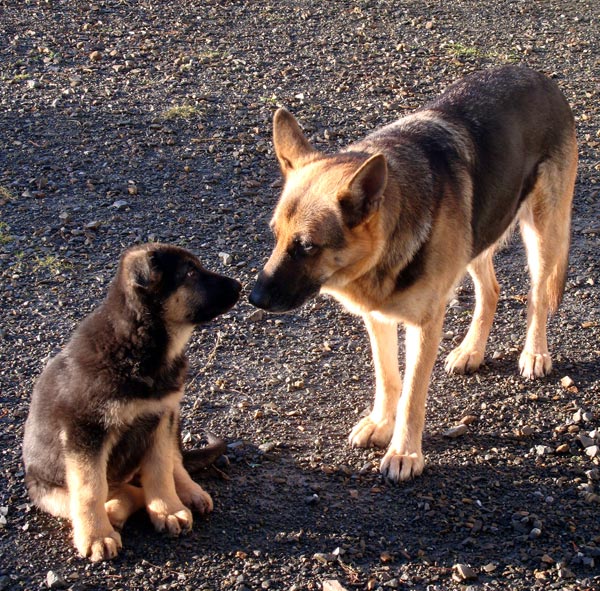